OLDSMAR, Fla. (September 25, 2008) A record-high $2.7* million stakes program for the 2008-2009 meet at Tampa Bay Downs includes a purse increase for one of the track’s key Kentucky Derby prep races, the Sam F. Davis Stakes. The Sam F. Davis Stakes, a 1 1/16 miles main track event for three-year-olds, now carries a $225,000 purse and is the featured event on Festival Preview Day, February 14, 2009. It is joined on the Festival Preview Day card by both the $150,000 Grade III Endeavour Breeders’ Cup for older fillies and mares racing about 1 1/16 miles on the turf and the seven furlong $75,000 Suncoast Stakes for fillies three years old. For a complete listing of the Tampa Bay Downs 2008-2009 stakes schedule, please click here.

Alison DeLuca, Racing Secretary at Tampa Bay Downs, commented, “The Sam F. Davis Stakes is an important stop for horses emerging onto the Triple Crown trail, and I’m pleased to give horsemen an added incentive to race their Kentucky Derby hopefuls here.” DeLuca continued, “The Sam F. Davis Stakes is one of the highlights of the Tampa Bay Downs stakes program, and over the years we’ve had such national performers as Smooth Air, Any Given Saturday and Bluegrass Cat compete in the race. I think that the fans that come out for Festival Preview Day really enjoy the chance to get to see these horses as they develop into nationally recognizable names.”

Tampa Bay Downs Vice President and General Manager Peter Berube added, “Each year, where it’s warranted, we try to increase the value of key stakes races to help us maintain or receive Graded status on deserving races. This year we are cautiously optimistic that the Sam F. Davis will be favorably evaluated.”

The Tampa Bay Downs stakes program also includes Festival Day, to be held on Saturday, March 14, 2009. Festival Day is comprised of the Grade III Tampa Bay Derby for three-year-olds running 1 1/16 miles on the main track. A traditional stepping stone on the road to the Triple Crown, the Tampa Bay Derby has a $300,000 purse. The Festival Day card also includes the Grade III $200,000 Florida Oaks for 3-year-old fillies, the Grade III $175,000 Hillsborough Stakes on the turf for older fillies and mares (which was captured last year by the 2006 Juvenile Filly Champion Dreaming of Anna) and the $75,000 Turf Dash to comprise the track’s premier day of racing, which drew a record 12,746 fans in 2008.

Festival Day and Festival Preview Day are two of five multi-stakes Saturdays in the upcoming 94-day meet, which opens Dec. 13 with the $65,000 Lightning City Stakes for fillies and mares three years old and upward. Saturday, December 27 marks the second anniversary of Cotillion Festival Day, a full day of two-year-old racing at a variety of distances and conditions on both turf and main track which features both the $65,000 Sandpiper Stakes for fillies and the $65,000 Inaugural Stakes for colts and geldings.

Skyway Festival Day will be held on January 17, 2009 and is highlighted by the $65,000 Gasparilla Stakes for three-year-old fillies and the $75,000 Pasco Stakes for three-year-old colts and geldings. April 4 is Tampa Bay Downs’ seventh-annual Florida Cup Day, a showcase for Florida-bred horses. Florida Cup Day will feature six $85,000 stakes at a variety of distances and surfaces for males and females alike. On May 2, Kentucky Derby Day, Tampa Bay Dows wraps up its stakes schedule with the running of the $75,000 Chris Thomas Turf Classic.

Tampa Bay Downs wishes to thank Lorraine King and Robert Clark, both of whom retired prior to Oldsmar oval’s 83rd season; Mrs. King and Mr. Clark are both 30-year veterans of the Oldsmar oval. Tampa Bay Downs Vice President and General Manager Peter Berube remarked, “Mrs. King began her career here as Track Controller. She ascended to the position of General Manager in 1986, completing the only all-female non-related ownership and management team at a racetrack in at that time. Subsequently, Mrs. King took up a position as the Vice President of Administration, and retired after the end of the recently concluded meet.”

Berube continued, “Robert Clark began as the Claims Clerk at Tampa Bay Downs and served the majority of his career here as Racing Secretary. In his tenure, he guided the track through many improvements including the installation of our turf course as well as the grading of the Tampa Bay Derby and the Hillsborough Stakes. For the last two years, Mr. Clark has worked as a Track Steward, and his knowledge of the racing industry was an invaluable contribution to all horsemen racing here in that time period. Both Mrs. King and Mr. Clark will be missed here at Tampa Bay Downs, and their contributions have been inestimable to the track for the last 30 years. We wish them a very happy and well-deserved retirement.”

Stall Applications are now available online at www.tampabaydowns.com and at racing and HBPA Offices nationwide. The 2008-2009 Tampa Bay Downs Stall Application includes the Oldsmar oval’s new policy regarding toe grabs and steroids. Following the recommendation of the Jockey Club Thoroughbred Safety Committee, toe grabs with a height greater than two millimeters (.07874 inches) on front horseshoes will be banned from all horse racing and training effective on the first day of training, November 14, 2008; Tampa Bay Downs furthermore eliminates bends, caulks, stickers or any other traction device on front shoes.

The State of Florida is also in preliminary plans to begin testing for androgenic anabolic steroids by January 1, 2009; therefore Tampa Bay Downs recommends to all trainers and veterinarians that they discontinue the administration of anabolic androgenic steroids by December 1, 2008 to allow for the elimination of these agents in the horse’s system prior to the January 1, 2009 deadline. Please refer to the model rule from the State of Florida. Furthermore, Tampa Bay Downs reserves the right to comprehensively test any entered horse that races at Tampa Bay Downs at any time for prohibited substances as per Florida Statute. Stall Applications are due September 30, the Barn Area opens November 13 and the first day of training will be November 14, 2008. 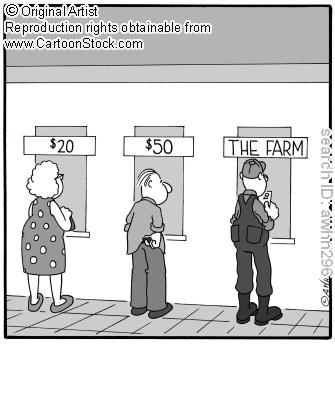